Home » Stuff To Do » How To Make Beer From Bread

Beer and bread. They’ve both been with us on the planet for thousands of years and they are both made out of pretty much the same ingredients.

It got me thinking: is it possible to make beer out of bread? Bread beer, if you will.

Doing a bit of internet research it became obvious that bread is a great way of storing the ingredients for making beer. All the beer ingredients are in one place and easy to get hold of.

It turns out that some ancient Sumerian dudes from around 4,000 years ago even wrote a poem about making beer from bread. Yup, they loved the beer bread that much. 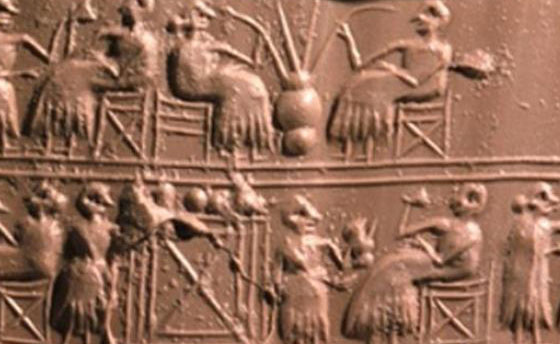 I’ve already got my hands on a leather tankard, handmade and crafted exactly like the ones from the Mary Rose and used during the reign of Henry VIII, so I thought it was time to go even further back in time and have a bash at making bread beer.

It turns out that making beer from bread is fairly easy to do. Mix the bread with water and strain the water out, that’s basically it.

This is what you will need to make beer bread:

Here are the stages that I went through.

I just collected up bread crusts over a period of a few weeks.

I also asked my bro and a few friends to chuck me their bread crusts to speed up the collection process. Yup, they did think I was a hobo. I just needed to strike up a few verses of Big Rock Candy Mountain and the image would have been complete.

I blended my beer bread paste a bit too smoothly, as it was hard to strain it through the cotton on the next stage. Instead of blending it all, you can just leave it to soak for 24 hours with a cloth over the top of it. 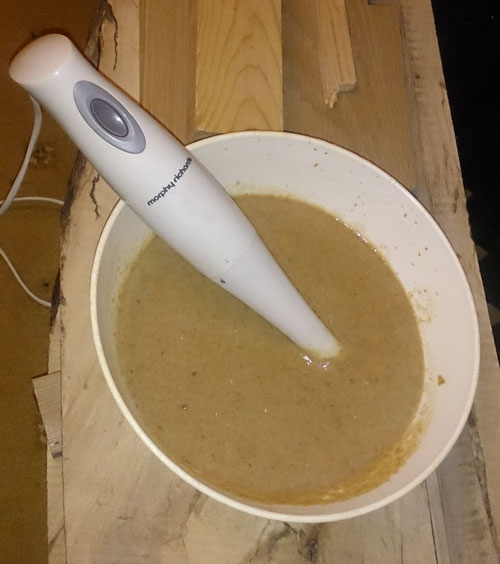 This is where it got difficult. The mixture that I made was like a smoothie, so it took a bit of forcing through the underpants. When I finished I didn’t have a runny liquid, it was more like a blancmange. 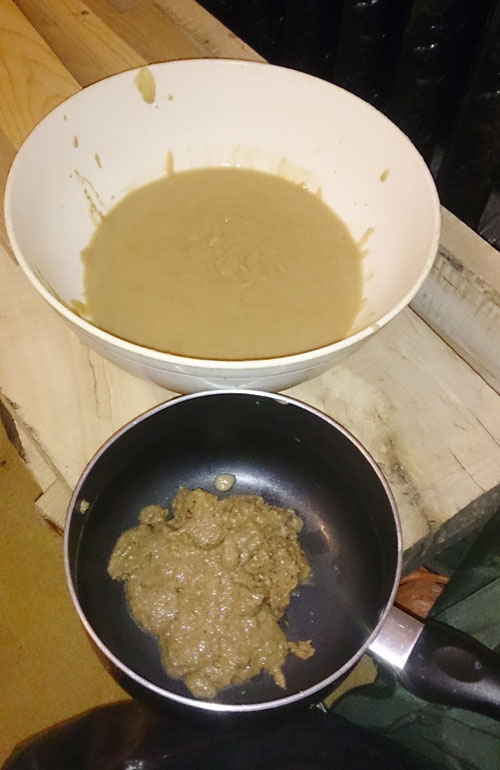 Next time I make beer bread I’m going to just blend it a little bit and leave it to sit for 24 hrs to stew.

The apple peel and raisins should have wild yeast on them, which will start your beer bread fermenting. The vanilla is just for flavour. 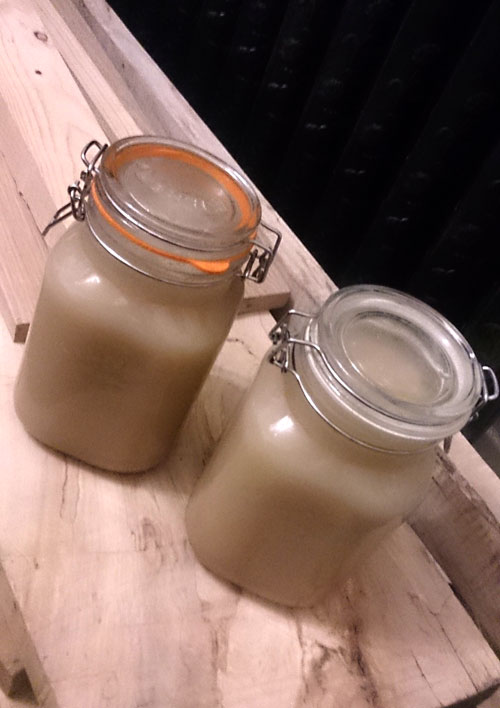 The raisins also indicate when your beer is ready to drink. Once it becomes alcoholic, the raisins will float to the top. 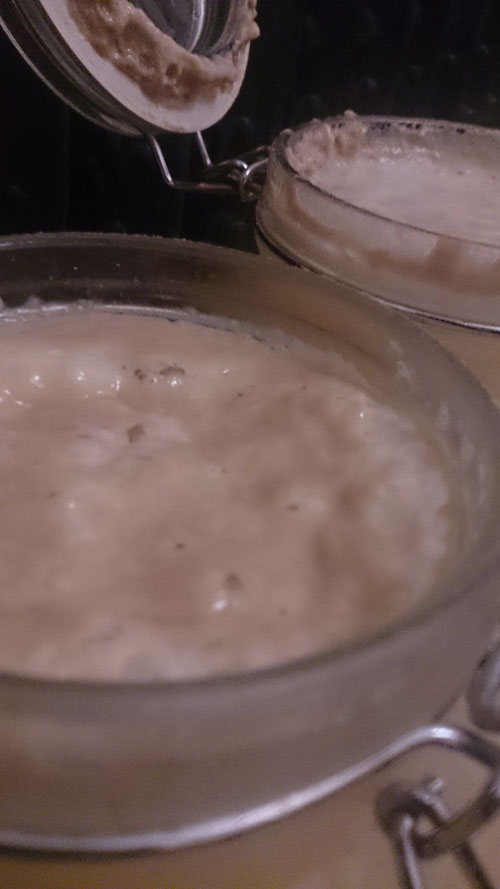 Now things should start to happen! 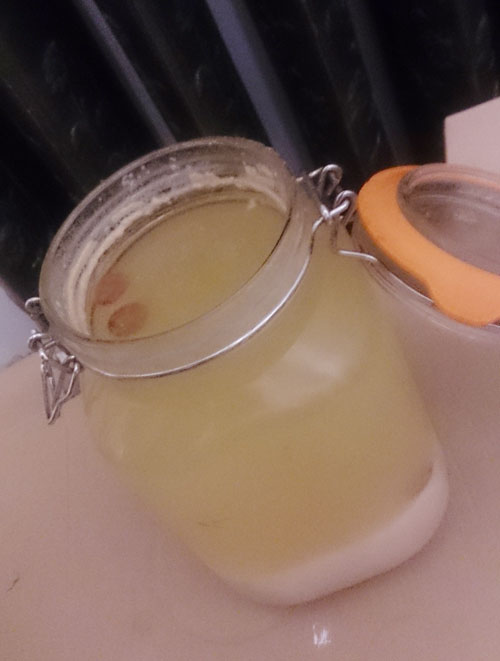 So what does it taste like? My bread beer tasted a bit like a soda, with the vanilla and apple coming through for a kickass, kicked-back kinda easy drinker.

I’ve still got a batch fermenting. That’s been going for two weeks now, so I’ll try that soon and see what sort of kick it has. I’ll let you know.

Give this bread beer thing a go yourself and let me know how you get on!

And while you’re doing it, think about the ancient recipe that you’re following and how it’s connecting you back 4,000 years or more to the ancient Sumerians and Egyptians.